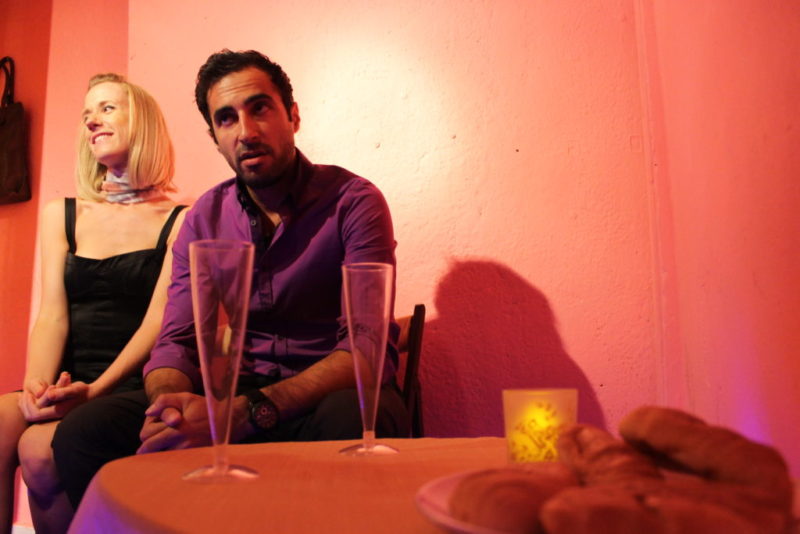 From 16 August to 11 September

After the wonderful success of Skinny Pigs, our first microtheatre in English subtitled in Spanish, we now introduce Hollywood Love Story.

If you are an English speaker or if you just want to practice your English, starting August 17th through September 11th, Wednesday to Sunday we invite you to come watch Hollywood Love Story. A hilarious comedy with native speaking actors. Written and directed by José Luis Lozano and starring Verónica Polo and Anthony Rotsa.

Michelle meets her favourite film director, Dermot Williams, and two weeks later they are in Paris on a romantic get away. Just like in the movies, right? Perhaps not everything is as perfect as it seems…

From 16 August to 11 September